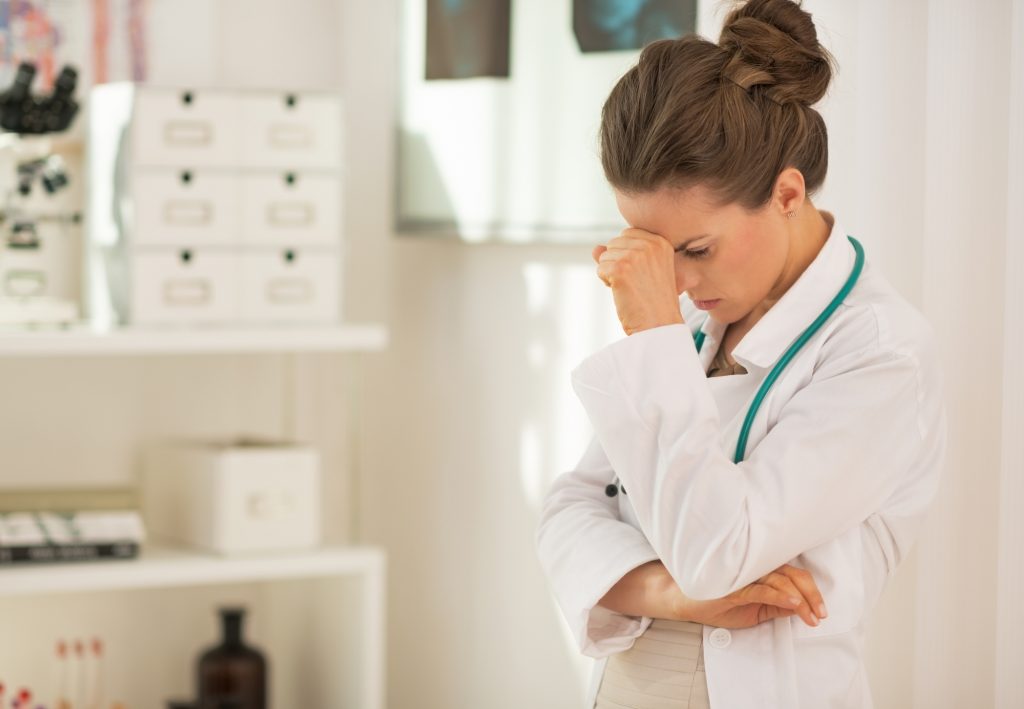 Studies have found that transcranial magnetic stimulation (TMS) is helpful for healing depression. Here’s what you need to know about this treatment option.

300 million people around the world suffer from depression. Despite medical advancements, nearly half of those affected by depression never get treatment.

The effectiveness of antidepressants and psychological treatment are not always to blame. In many parts of the world, mental illnesses are often stigmatized.

Still, there is hope for healing depression as new medical advancements. Transcranial magnetic stimulation, otherwise known as TMS, is a promising form of treatment.

If you’ve suffered from depression to no end, TMS may be able to help. In this article, we’ll explain everything the healing qualities of TMS therapy.

Healing depression through TMS therapy is promising for many types of depression patients. But, first, we have to understand depression.

Depression may seem like it’s only grown worse in modern times. However, humans have long suffered from it since prehistoric and ancient times.

There are different types of depression. Some people only experience one or two depressive episodes in their lives. Others have major depressive disorder, which they suffer from throughout their lives.

At the same time, some people develop depression earlier in life. For some, healing depression is easier with antidepressants and therapy. Others may require more intensive treatment.

Additionally, many sufferers also struggle with other mental illnesses, such as anxiety. Eating disorders, manic depression, and borderline personality disorders are also common.

There is a difference between short-term sadness and depression. It’s normal for people to become sad for a few days or a couple of weeks following a stressful event.

For example, someone may have depression if they’ve stopped showing up for school or work. They may stop socializing with their friends and family.

Their eating patterns can change, resulting in weight loss or weight gain. They may also start to sleep more. On the other hand, they may also develop insomnia and restlessness.

In severe cases, healing depression becomes more difficult. A severely depressed person may develop self-harm, drinking, and drug use. In other severe cases, they may talk about suicide or even attempt it.

The Causes of Depression

There are many known causes of depression. These range from biological causes to environmental causes.

Healing depression requires that we understand the causes of it. Each case of depression varies on an individual basis.

More times than not, a person who develops depression had a biological disposition to it. Depression is very common in people whose immediate relatives suffered from depression.

It’s also common for depression to develop on its own. This can happen just as easily to an adult as it can to a child – regardless of whether they’re male or female.

A person’s biochemical makeup can affect their susceptibility to depression. Those with low serotonin, dopamine, or epinephrine levels are more prone to depression. Physical changes to the brain, often as the result of accidents, can also lead to depression.

At the same time, men and women have their own susceptibilities to depression. This is often due to hormonal changes and imbalances that occur at different times in life.

For example, many women develop postpartum depression after giving birth. Depression is also common during menopause. On the other hand, men with low testosterone levels are more prone to depression.

It’s often not until a stressful event occurs that a person’s depression develops. The death of a loved one or a major life event are usually the types of situations that can trigger depression.

Trauma can also affect and damage the brain, resulting in depression. After severely stressful events, a person can develop post-traumatic stress disorder.

Of course, those with genetic abnormalities are more susceptible to depression. These individuals are most at risk of developing depression after stressful events.

How Depression Affects the Brain

Healing depression is only possible when we understand how it affects the brain. Depression directly affects the hippocampus and prefrontal cortex.

Because scientists better understand depression today, forms of therapy like TMS are possible. Next, we’ll explore how depression affects the brain so we can later explain how TMS works.

Stressful Events Cause the Brain to Shrink

The hippocampus stores memories at the center of the brain and regulate cortisol. Our bodies respond to stressful events by releasing cortisol.

In extremely stressful events, the adrenal gland is unable to release excess cortisol. When this happens, the cortisol remains in the brain, damaging it.

Cortisol in high amounts can break down brain cells in the hippocampus specifically. It can also interfere with neurotransmitters in the brain. This disrupts memory creation in the process and makes it harder to forget bad memories.

The damage inflicted upon the prefrontal cortex can cause it to shrink. This can cause changes in behavior, and this damage can extend to the frontal lobe part of the brain. Long-term depression sufferers often show abnormal electrical activity in their left prefrontal cortexes.

Serotonin’s Effect on the Brain

Serotonin is a neurotransmitter that sends signals to different areas of the brain. These signals often have to do with mood, sexual desire, appetite, sleep, and memory.

However, serotonin imbalances are often linked to depression. Low brain cell production can lead to low levels of serotonin.

In any of these cases, serotonin imbalances can cause depression, anxiety, and anger. SSRI medications work to boost serotonin levels and the production of brain cells.

Unfortunately, SSRI medications are not enough. After using SSRIs and going to therapy, some people may still suffer from depression.

This is where alternative forms of healing depression come in. Since the 1980s, transcranial magnetic stimulation (TMS) therapy has helped depression sufferers.

Why is TMS a successful form of treating depression?

TMS therapy treats the prefrontal cortex damage which is directly correlated with depression. Next, we’ll delve more into how TMS works.

Transcranial magnetic stimulation is a method of healing depression that involves electromagnetic currents. It’s a non-invasive, targeted treatment that the FDA approved in 2008.

Can TMS Help With Healing Depression?

For example, doctors place the coil on the left prefrontal cortex of patients who didn’t respond to SSRIs. This is above the left eye on the left side of a person’s forehead. It is here where the electromagnetic currents stimulate the area’s damaged neurons.

Depressed patients usually receive TMS therapy in 20 to 30-minute increments. They typically receive these increments every day over the course of 2-4 weeks.

Not only does transcranial magnetic stimulation repair damaged neurons in the prefrontal cortex. It also increases serotonin production. As this happens, it can simultaneously repair damaged parts of the brain.

Unlike electroconvulsive therapy (ECT), patients are able to stay awake during TMS. ECT has long been a method of healing depression. However, ECT can cause memory loss, which is why many doctors have discontinued ECT.

Some patients reported that they never needed TMS therapy after going into remission. Other patients have needed routine TMS therapy every few months or years.

Transcranial magnetic stimulation is a promising form of healing depression today. Although it’s not perfect, it may be able to help you find relief from your depression.

If you’re located in or around Billings, Montana, our team of TMS experts can help. We provide TMS therapy for patients in the Billings region.

Not sure if you’re a candidate for TMS therapy?

In addition to TMS therapy, we offer medication treatment. To learn more about how we can help you, contact us today!