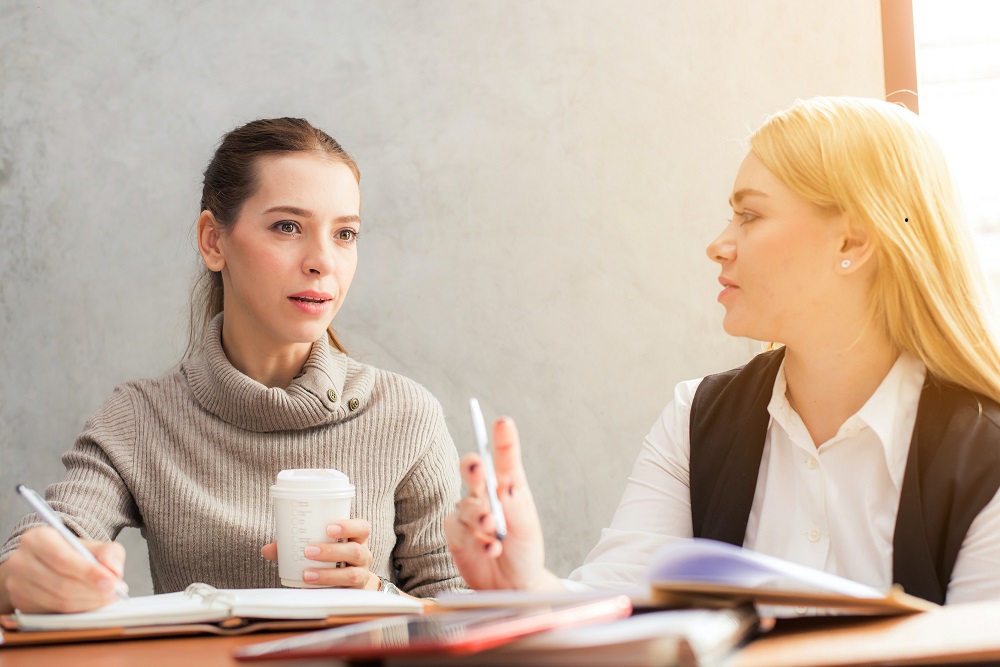 It’s happened to all of us at one point or another. You’re in the middle of a conversation, and there’s an awkward pause. That dreaded awkward silence hovers in the air, and you feel like the pressure is on you to break it. The next few seconds can feel like an eternity.

First off, remember that you aren’t alone, as a good conversation requires effort on both sides. Nevertheless, awkward pauses are uncomfortable, and overcoming them can result in more fulfilling conversations down the road. So, when you feel the tension starting to build during an interaction, here are a few tips on how to handle it:

This is where being curious comes in handy! Ask lots of questions so that they’ll not just answer your questions with one-word responses.

For example, instead of asking, “did you have a good weekend?” you would say, “how was your weekend?”. Notice how the second question gives them more room to elaborate, providing you with more information to ask follow-up questions.

If a person’s eyes wander when you’re talking, it might be a sign that they’re distracted or uninterested in the conversation. Don’t take this personally!

Talk about your feelings and opinions – not facts.

Feelings, opinions, likes, and dislikes tend to be more intriguing than facts to most people. Make it a point to learn about the other person’s thoughts and feelings on the subject you’re discussing. This will help you to emotionally connect with them, keeping the conversation flowing with more ease.

Don’t turn it into a “me, myself, and I” scenario.

Avoid using the conversation as your stage. It can be exhausting for others if you talk a lot but asking questions pulls people out of their shells and sparks conversation.

Keep the conversation light and casual by focusing on personal anecdotes. Not only are anecdotes an excellent way to keep a conversation going, but they demonstrate that you are listening. For instance, if a person is talking about how graceless they are when it comes to sports, you might chime in with a brief, humorous story about a time when you wiped out while skiing.

Take it as a sign to wrap things up.

If there’s a pause and you can’t figure out what to say, it’s better to wrap it up rather than let it drag on for too long. Trying to force conversation can be even more awkward than silence.

It’s okay to keep things brief, closing things off by saying something like, “Well, it was great to see you, but I have to go now, have a great day!”

Use it as a learning experience.

Are you someone who starts to feel anxious when conversations fizzle out?

Awkward pauses can be a source of anxiety and insecurity for some people. But if you’re consistently feeling that awkward pause pressure, it could be a sign of something worth addressing, like anxiety.

However awkward the silence may feel, don’t panic! Take a breath and keep smiling and making eye contact. Know that you’re likely not the only one worried about the awkwardness – or worse, the cause of it.

Everyone gets nervous or quiet in social situations at times, but it doesn’t have to be an ongoing struggle. In an awkward conversation worst-case scenario, try to move on and let it go. Remember that most conversations are forgotten before too long anyway.